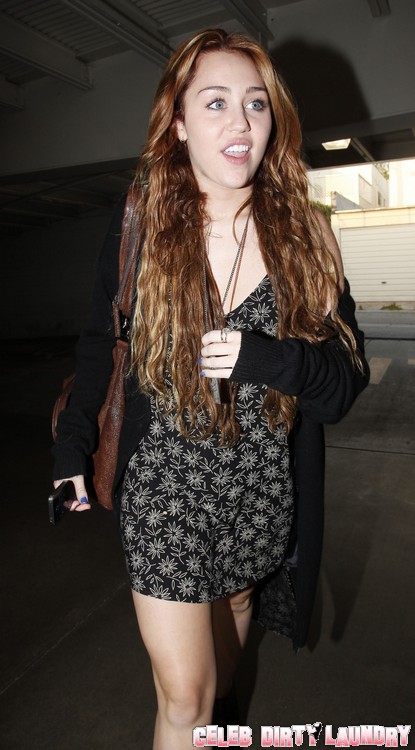 Recent tabloid reports have suggested that teen singer Miley Cyrus has gotten engaged to her boyfriend, Liam Hemsworth. Apparently Miley has had enough with the rumor mill and took to her official Twitter to talk about the growing media buzz surrounding her life.

She said, “What happened this week. Am I pregnant or dead??? They need to start getting a little more creative.”

We’re happy to report that she’s neither dead nor pregnant. Of course, she’s not engaged to Liam, either. When asked about the circulating reports, a rep for Miley said, “They are not getting engaged.”

Star magazine was the culprit in this erroneous report, stating that the young couple were close to getting engaged. A snitch close to the couple was quoted as saying that they wanted to “make sure that their parents spent quality time together during Miley’s Gypsy Heart tour in Liam’s native Australia.”

The supposed source also said, “She sent a private helicopter to pick his parents up from their holiday home on Philip Island, and they sat next to her mom, Tish. Miley was nervous because she didn’t want the Hemsworths to think her act was too racy, but they had a ball.”

Miley is only eighteen-years-old and has plenty of time to settle down! Right?