NBC Tries To Get Casey Anthony Interview But Have Publisher Pay 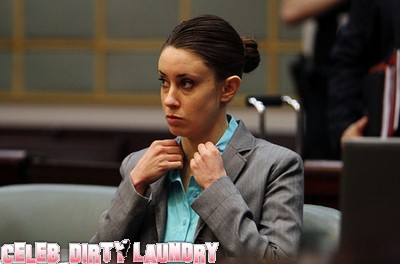 The people running NBC must be think their call letters are an acronym for NoBody Cares if they think they can get away with making millions of dollars for murder mom, Casey Anthony, through brokering a book deal for her and get a free interview in the process.

If TMZ is correct and then an NBC news producer is in the process of setting up a multi-million dollar book deal through literary agents in – probably in conjunction with Casey’s lawyer, Jose Baez, although he denies it. The catch is that as a reward NBC will get a one-hour exclusive interview with murder mom which will be run on ‘Today.‘ This way NBC thinks that they will escape the wrath of a public that would be outraged if the deceptive network paid outright for the interview. They hope it will look as though they got the interview ‘for free.’

TMZ says:  We’ve learned an NBC news producer has reached out to people in the literary world, trying to score a book deal for Anthony. The producer has contacted literary agents and others, telling them if he scored a book deal for Casey, she’d give the network a 1-hour, primetime special … portions of which would also run on “Today.”

The producer makes it clear — NBC couldn’t pay a cent for the interview. But he is gung-ho about the book deal, even representing that Casey wants up front money.  They add that Jose Baez says that although he has full knowledge of what’s going on:

“I’m not involved in that process. I did not entice him to do it.  Casey is not ready to do an interview.”

There is no comment yet form NBC despite multiple requests.

How low can you go – NBC tries to get another party to pay Casey so they can get an interview without looking like they paid her for it!