New ‘Breaking Dawn’ Trailer Amazing Has Everything and More! – Video 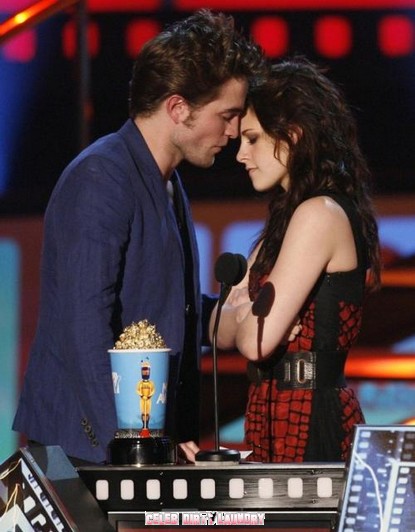 ‘The Twilight Saga: Eclipse’ stole the show at the MTV Movie Awards in Los Angeles taking home five awards.   It also stole the show by premiering The Breaking Dawn Part 1 movie trailer  – check out the video below, in this trailer Bella (Kristen Stewart) and Edward (Robert Pattinson) look very happy at the wedding scene, oh and Bella is expecting!  This is the first full-length trailer for the film.

The trailer has everything we have been waiting for an more.  We see snippets of the wedding, the honeymoon, the baby bump and more.  Also during the  the pre-show for the 2011 MTV Movie Awards the official Breaking Dawn wedding invitation for Edward Cullen (Robert Pattinson) and Bella Swan (Kristen Stewart)’s wedding was revealed and we have it for you  HERE

So what do you think of the trailer twi-hards?  I think it is amazing and only makes me more excited to see the movie.  I think this is the best trailer they have released yet!  Also how do you like the invitation?  Let us know in the comments Celeb Dirty Laundry wants to know.