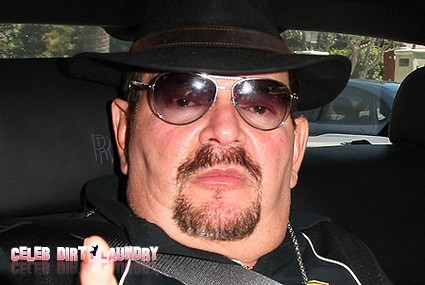 It seems that Michael Jackson had more than just one doctor acting as his licensed drug dealer – of course Dr. Conrad Murray is already sentenced for his crimes, but now another doctor, Dr. Arnie Klein is under the gun. Dr. Klein was MJ’s dermatologist and he is under investigation by the Medical Board of California for over prescribing the addictive narcotic painkiller Demerol to MJ. Even worse for Dr. Klein is that his lawyer, Herbert L. Weinberg, wants nothing more to do with him and has quit!

Dr. Klein is quite the medic – the Med Board is looking into the possibility that he self-prescribed narcotics, used false names on narcotics prescriptions, illegally handed out samples of dangerous drugs to his famous patients, and may have committed gross negligence by practicing while afflicted with multiple sclerosis.

TMZ reports:  It ain’t lookin’ good for Dr. Arnie Klein … Michael Jackson’s dermatologist is under investigation by the Medical Board of California — reportedly for pumping the singer full of prescription painkillers — and now his lawyer has officially jumped ship.  Klein just posted a letter on his Facebook page, apparently sent from his former attorney — advising Klein that he’s been subpoenaed by the Board and has to appear for questioning on Dec. 15.

The letter does not explain the nature of the probe — but according to TheDailyBeast.com, officials want to know more about allegations that Klein over-prescribed Demerol to MJ.  Klein has always strongly denied any wrongdoing … and thus far, has not been accused of any criminal conduct in the death of Michael Jackson.

As for Klein’s lawyer, Herbert L. Weinberg — dude doesn’t explain why he’s bailing on Arnie … but recommends a couple of “fine lawyers” who could take over.  We called Klein for comment — so far, no response.

If other doctors can be shown to have catered to MJ’s need for drugs then does this make Dr. Murray somehow less culpable?

Let us know your opinion in the comments below.