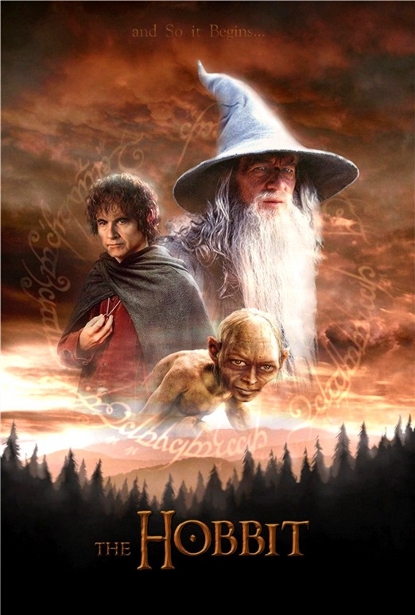 The new ‘The Hobbit’ trailer was probably the best present Tolkien fans of all ages could’ve asked for. Sure it was fantastic/epic/borderline amazing and all, but now fans of the series will have to wait till December of next year until the film’s release! This HOBBIT clip is the epitome of a teaser trailer, and you’ll definitely want to check it out!

By watching the trailer, fans once again journey into the fantastic realms of Middle Earth, running alongside dwarves, elves, humans, and the all-powerful wizard, Gandalf (however, if you really wanna get me going, just ask me who I think is the better wizard: Gandalf or Dumbledore. If you’re wondering who I think is the better/more badass wizard and why, you can e-mail me. I could write an entire article on it).

Because the movie is still in the production stages, we don’t have much more to report on, except for present you with the amazeballs trailer. So take a quick look and let us know what you think. In the meantime, until the film’s December 14th, 2012 release, we’ll keep y’all updated with whatever we find!