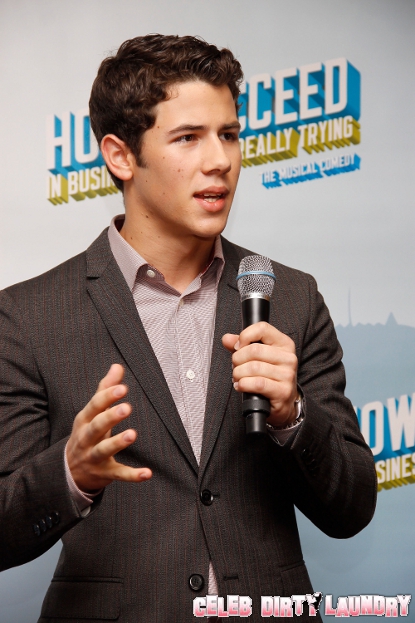 Nick Jonas is ready to head back onto the stage . . . the Broadway Stage that is! This lil’ Jo Bro is set to play the role of J. Pierrepont Finch in the hugely successful production of How to Succeed in Business without Really Trying. He’ll follow in the steps of some pretty radical acting chops, including Daniel Radcliffe (who’s in the show until January 1st), as well as Darren Criss, who’ll take over for three weeks beginning January 3rd.

Nick Jonas actually has a pretty hefty background in musical theater and is excited to show the acting world more of what he’s got up his sleeve. The star tweeted earlier today:

“It’s official. I’m coming back to Broadway. So excited & honored to play the role of J. Pierrepont Finch in How to Succeed in Business Without Really Trying next year!”

Nick will settle into his acting role on January 24th, and will have approximately a six month run on stage. Wow, he’s gonna be tired after that run. If you’re in the New York area, will you check Nick out? It’ll be interesting to see how many younger people AKA teens he’ll draw to the show. I wonder if this was a strategic move on the producers’ part in order to draw a different crowd into the theater? Hmm.