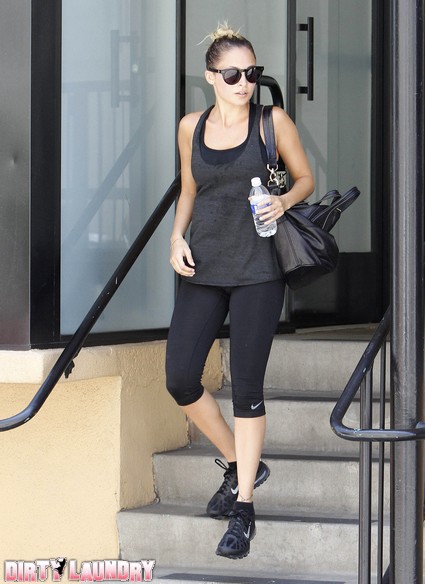 Jessica Simpson and Nicole Richie are at each others’ throats as their new reality series, ‘Fashion Star’ kicks off – and one issue is that Nicole is making fun of Jessica’s new chubby appearance.

The two act as “celebrity mentors” to aspiring designers on the upcoming show and sources say they’re con­stantly sparring.  The two have a rivalry that goes back years, according to an insider, as competing heads of their own fashion lines – the Jessica Simpson Collection and Nicole’s hippie-chic House of Harlow.

“Producers thought pairing them on screen would mean lots of fireworks to attract viewers, but their personalities don’t mesh at all. Behind the scenes, the set is a war zone.”

While mom-of-two Nicole, 29, is a laid-back sweetie, 31-year-old Jess is a major diva, said the source.

“Nicole is always ready to go, but Jess lingers in her dressing room, keeping every­one waiting and asking to do multiple run-throughs,” the insider divulged.

Then there’s their weight issues, which have the two poking fun at each other.  Jess is carrying some extra pounds, while Nicole is run­way-skinny.

“Nicole has made a few digs about Jessica ‘throwing her weight around,’ while Jes­sica has joked that someone would have to be on a star­vation diet to wear Nicole’s designs,” the insider said.

“Now they’re barely talking, which doesn’t bode well for the show’s success – and it isn’t even on the air yet!”