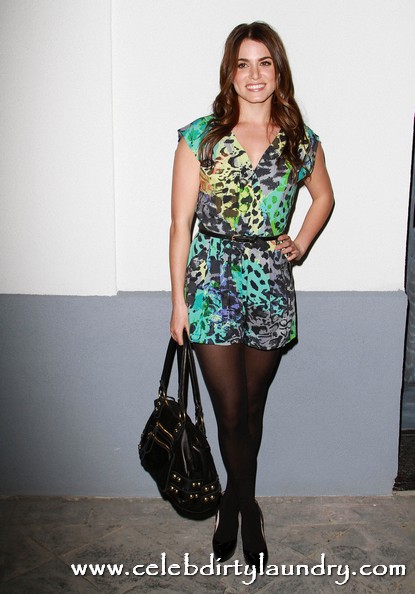 If rumors are true and I believe what I’m reading, Twilight star Nikki Reed an American Idol contestant Paul McDonald are dating!   Well, virtually that is.   The two have apparently been ‘skype’ dating since they met back in March on the red carpet of the ‘Red Riding Hood’ premiere.  According to sources, Nikki approached Paul saying, “You’re amazing.  I’m blushing, I should go”.  Hmmm…I wonder whom she is voting for?

Eonline says it’s sources have confirmed that Reed is calling McDonald her boyfriend on the Breaking Dawn set and she has apparently been showing him off to her cast mates.  Do you think he got to meet KStew and RPattz?  He’s one lucky guy either way, he’s in the top 9 of Idol contestants and isn’t too hard on the ol’ eyes either.   What do you think; do they make a good couple??