No One Is Interested In Sarah Palin’s New Reality Show 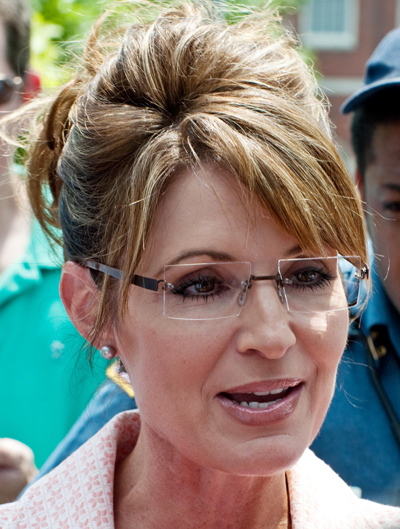 After teasing the Republican base about whether she would run for president in 2012 before finally admitting in October that she wasn’t, it looks like Sarah Palin‘s fifteen minutes of fame might be up.

According to the Hollywood Reporter, the 47-year-old GOP star has been trying to pitch a new reality show, a follow-up to her 2010 foray into unscripted TV, Sarah Palin’s Alaska, but, so far, there have been no takers!

Reportedly, networks like A&E and Discovery have already passed on the idea for the show, and one of the main reasons why is because the Palins are demanding $1 million an episode. There’s also the fact that the series will apparently focus on Sarah’s husband, Todd Palin‘s not terribly exciting, snowmobile racing career. (Yawn.)

And, while the former governor of Alaska, who shot to stardom when she was chosen as the Republican VP nominee in 2008, still has a large fan base of Tea Party supporters, it seems that the networks feel that she’s no longer worth that much — not exactly surprising news, especially when you consider that an entertaining, new crop of conservative GOP presidential hopefuls like Rick Perry and Michele Bachmann are currently occupying the TV news cycle with their gaffes, political advertising, and up-and-down poll numbers.

As one network executive snipped: “I think it’s safe to say her time has passed.“

Perhaps Sarah should consider joining forces with Donald Trump for a daytime talk show? Now that’s something people might tune in to watch!