O.J. Simpson Did Not Get Beat Down In Prison 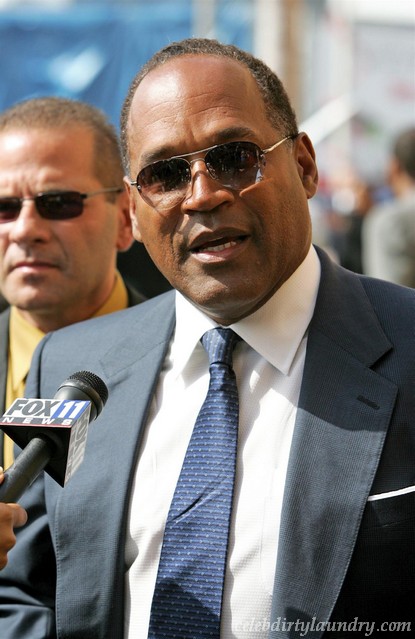 Yesterday, it was rumored that O.J. Simpson got a royal beatdown in prison at the hands of skinheads. Reportedly, he was bragging about having sex with a bunch of beautiful white women, which set off a skinhead.

When O.J. actually heard the rumors, he couldn’t stop laughing about it. Reportedly, he had to spend three entire weeks in the prison infirmary just recovering and that he was afraid to leave his cell afterward.

Sources at Lovelock Correctional Center in Nevada tell TMZ, reports of Simpson being beaten to a “bloody pulp” during a prison yard fight were so ridiculous, guards pulled O.J. from his cell … just to tell him about the crazy rumors.

Simpson found the mass confusion incredibly entertaining — in fact, we’re told he “laughed his ass off” at reports of the racially-motivated prison attack.

For the record — an official rep for the prison tells us, there have been “no incidents regarding O.J. in any shape or form.” Finally, a clean slate.

Could you imagine if he really did get beaten up in prison? How many people would be calling that karma? What do you think?