Octomom Nadya Suleman and Her Friends Celebrate Her Birthday – Photos 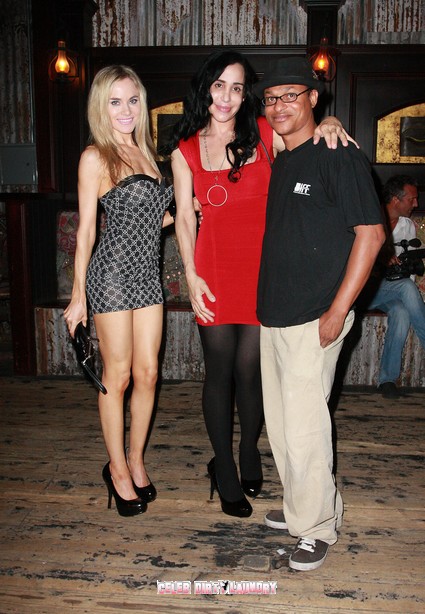 Nadya Suleman, aka Octomom, turned 36 on July 11th, 2011.  Nadya’s claim to fame was gaving birth to octuplets in January 2009, only the second full set to be born alive in the United States.   Lets not forget she had six children prior to that.  Proving that 14 kids can’t tie her down Octomom celebrated her birthday at House of Blues Los Angeles, California July 13th, 2011 with a few of her friends.  Her new friend Rock of Love alum Angelique “Frenchy” Morgan was on hand to dance, party and gobble up cupcakes.

Octomom recently said she has been celibate for 12 years.  She also also revealed that she’s “never been on one date in my life. I’ve had a boyfriend and a donor, but that’s it.” Wow I would say the reason she has been celibate is no one wants to touch her with a ten foot pole.  What man wants to get saddled with 14 kids?  She comes with far too much baggage!