Oksana Grigorieva’s Bodyguard Completes Book About Her And Mel Gibson 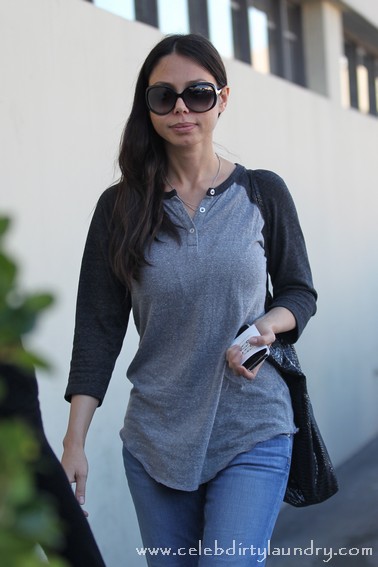 Oksana Grigorieva’s former bodyguard, Kristian Herzog, has completed a tell-all book about his ex-employer and her volatile relationship with Mel Gibson.

Herzog is now hoping he can make a book deal and is shopping around his rough draft. No doubt that if it gets published it will belong in the ‘fiction’ or even ‘fantasy’ department – given that Herzog comes across as a compulsive liar and fraud.

Facts are that Herzog is a convicted criminal (but so are many celebs these days) who began working with Oksana shortly after the alleged beating she received at Mel’s hands on January.

A source says “Kristian thinks there is a big market for a book, and he thinks he is the one that should spill the beans about Oksana and Mel’s explosive relationship.”

The source made the telling point that “Kristian thinks he is a celebrity, and he is trying to do whatever he can to insert himself into this mess. Herzog is adamant that he had an intimate relationship with Oksana.”   However, other insiders tell are certain that Oksana was never involved with Herzog.  Herzog was formally subpoenaed by Mel’s legal team recently.   On that issue the source revealed: “The deposition hasn’t taken place yet. Herzog can be expected to be grilled by both Oksana and Mel’s lawyers. Kristian has changed his story multiple times. Herzog has an ax to grind with Oksana because she fired him when she became aware of his criminal past.”

For Oksana – a lady who seems to make lots of bad choices – we must admit that dumping Herzog was a good one.