Once Upon A Time Season 1 Episode 6, ‘The Shepherd’ (Synopsis & Spoiler Video)

BY Kinsley Goldman on December 3, 2011 | Comments: one comment
Related : Once Upon A Time, Spoiler, Synopsis, Television, Uncategorized 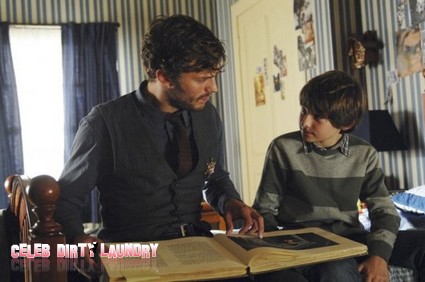 Once Upon A Time returns this Sunday with a whole new episode.  It is the 6th episode in ABC’s new hit show and it is called ‘The Shepherd.’  On last week’s episode Emma becomes a deputy.  Henry’s life was put in danger when he went to investigate a sinkhole and got trapped inside.  Henry hoped he could link the inhabitants of Storybrooke to the fairyworld.  It was a great episode and if you missed it you can read our official recap here!

The preview has been released and there are many spoilers, so stop reading if you do not want to know!  Here is the official synopsis: “The Shepherd” – David – aka John Doe – must choose between staying with Kathryn or leaving her to be with Mary Margaret, with whom he’s fallen deeply, and inexplicably, in love; and Emma catches Sheriff Graham in a lie.  Meanwhile, back in the fairytale world that was, Prince Charming is about to encounter a life-changing event that will forever alter his destiny.

In this week’s episode we are going to find more out about David (John Doe) and Mary Margaret’s relationship and why they are so attracted to each other.  We know the reason is she is Snow White and he is Prince Charming.  Meanwhile Regina (Evil Witch) is doing her best to keep David and Mary Margaret apart. She tries to guilt Mary Margaret into staying away from David.  But David seems to want to choose Mary Margaret, it won’t be an easy choice.

Did you watch last week’s show?  I loved it, how about you?  Take a look at the preview video and let us know what you think in the comments below!  Make sure to come back and visit us Sunday, we will be live blogging the episode with up-to-the-minute details!