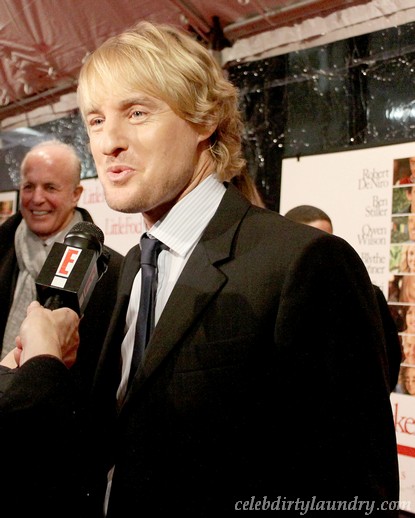 It sounds to me like someone needs to call Maury Povich for a DNA test!

Now that Owen Wilson and his girlfriend Jade Duell have had their baby, we’re hearing reports that he may not even be the baby’s father! Wow, that would be totally messed up!

An insider said, “Around the time Jade got pregnant, she was still living and sleeping with her now ex-boyfriend. I don’t know if she can say for sure who the father is!”

Multiple sources revealed that Jade was hooking up with Owen on the sly, while she was still together with ex, Jason Hawryschuk. A snitch said, “They had bought a house in Virginia together. Jason had no idea she was cheating on him with Owen.

Star via Celebitchy has the scoop:

Owen, 42, first met Jade on a cross-country flight from LA to Washington, DC, in 2009, and their whirlwind affair took off quickly. “They were meeting up quite often, and she introduced him to some of her friends,” says the insider. “He would fly Jade off to California and Hawaii, but they were definitely not exclusive.”

That changed when Jade, 28, discovered she was expecting. “She immediately started making plans to move to Los Angeles,” reveals the insider. Jason finally found out about the affair when a coworker Jade confided in spilled the beans. When contacted by Star, Jason refused to comment.

If Owen turns out not to be the father… “He will be devastated.”

Poor guy. I hope he’s the daddy. That would have to be heartbreaking for him.