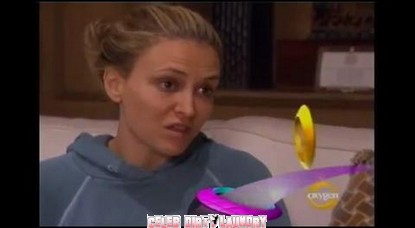 Charlie Sheen’s ex-wife, Brooke Mueller, went nuts on TV struggling with her monster crack addiction – melting down in tears while battling the urge to do drugs.

Mueller’s shame and pain was shown on Wednesday’s edition of The World According to Paris, Paris Hilton’s latest reality TV show. (Head over to RadarOnLine to See The Video)

In the episode, Paris and boyfriend Cy Waits decide to help Charlie Sheen’s ex-wife get over her nasty split from Mr. Tiger Blood by taking her on a double date with their friend, Marco Andretti.  Mueller gets all dressed and appears set to have a blast but like the junkie she, all that she can think of is getting high and so she bombs out of the dinner date early.

The raspy-voiced, chain-smoking Mueller eventually wound up at the Hilton mansion, where she spilled her guts out to Paris’ mom Kathy.

“I’m having really bad cravings, really bad urges,” Mueller, the mother of Sheen’s twin boys Max and Bob, told Kathy. “I’m so embarrassed to even tell you this – feel like I’m going to do something stupid: I think I need to go back to rehab.”

“The addiction is just really powerful,” Mueller continued, sobbing. “I just feel like I’m not strong enough to do this on my own.”

Kathy showed some tough love in trying to reinforce Mueller’s will.

“Don’t be embarrassed, what’s there to be embarrassed about?” Kathy said. “Say: ‘I need help!’ “I need help!” Mueller barked back.  “I don’t mean to be mean, [but] we’re not gonna let you go down this road again,” Kathy said, cradling the crying Mueller like a small child.

One thing we can see – Mueller is in no shape to take care of a pet fish, let alone twin boys.