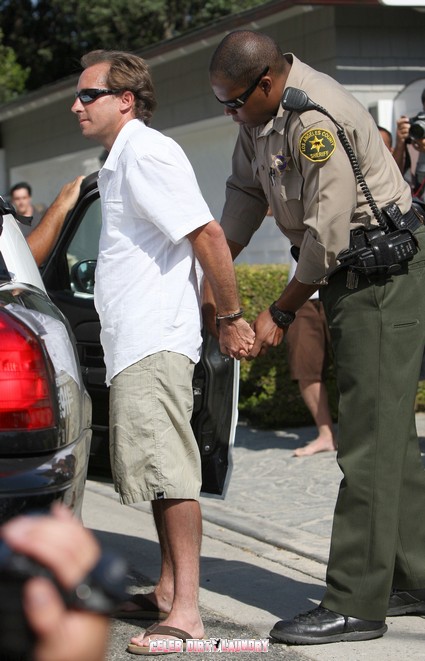 Paris Hilton is still being harassed by a stalker – the same one that she got a restraining order against!  The restraining order against her stalker, James Rainford, doesn’t appear to stopped the 36-year-old, who was arrested for lurking around the socialite’s home on Monday. Rainford was spotted looking into Hilton’s Malibu beach home, despite being told to stay 200 yards away from the reality star at all times.

Officers received a call on Monday, alerting them of a man standing on the beach looking into Paris’ home. As authorities arrived at the scene, they were met by numerous paparazzi who pointed out Rainford standing on the beach. The man, who was arrested and held on $20,000 bail, pleaded no contest to a battery charge in April after Hilton’s then-boyfriend Cy Waits was attacked outside a courthouse. He pleaded no contest to a trespass charge in January after trying to contact the socialite at her home in the Hollywood Hills. The incident comes just a week after a man convicted of robbing Hilton’s home was sentenced to two years in prison.

Paris Hilton hit the headlines earlier this week after being spotted kissing the ‘Hangover’ director Todd Phillips. The pair were photographed locking lips at an Independence Day weekend party in Malibu, California.

Click on the thumbnails below to enlarge more pics!