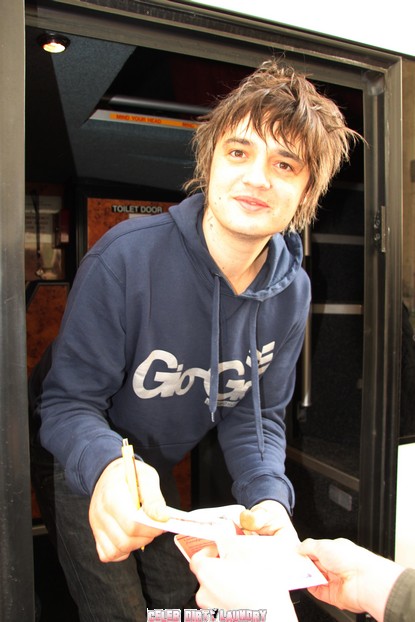 Pete Doherty was so addicted to heroin that he managed to get caught smoking the drug in a hospital.  The British singer/songwriter, currently serving a six-month jail sentence for possessing cocaine, booked into a mental health treatment centre in 2005 shortly after he began dating supermodel Kate Moss.

Pals hoped the former Libertines frontman would kick his addictions and get his life back on track to save his blossoming relationship with the catwalk beauty.  But they were shocked and appalled when the discovered that the star had sneaked drugs into the clinic and was taking them in his private room.

Record producer Jake Fior, a former friend of Doherty, tells Britain’s Observer newspaper, “When Pete was in (London’s) Pentonville (prison) on remand (in 2005)… I got (a doctor) to fax me a note saying that Pete was booked into the Capio Nightingale hospital in Marylebone, and I managed to get him bailed to the hospital. I arrived and he was in a private room smoking heroin in bed.”

More: Pete Doherty Is In Jail

Now that Pete is a man with courage of his convictions, so to speak, doing 6 months because he just won’t stop using drugs.