Police at Amy Winehouse’s Place After Her Death – Photos 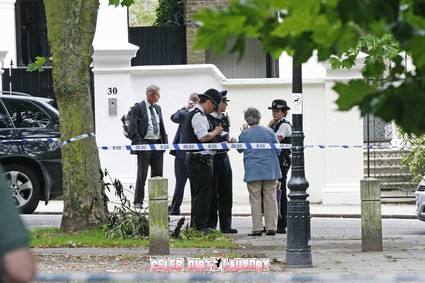 Photos of  police at Amy Winehouse’s house after her death in London, England today.  Police were called to a Camden Square address today by ambulances today following a report that a women was found dead.  Her death is less than two months after her latest release from a rehab program.  It is just weeks following a disastrous performance where she was booed off a Belgrade stage by disappointed Serbian fans.

Amy has  a well publicized battle with drink and drug and there has been speculation for years that she might die.  Three years ago in an interview Amy’s mother  Janis said she would be unsurprised if her daughter died before her time.  She said: “I’ve known for a long time that my daughter has problems. But seeing it on screen rammed it home. I realize my daughter could be dead within the year. We’re watching her kill herself, slowly.I’ve already come to terms with her death. I’ve steeled myself to ask her what ground she wants to be buried in, which cemetery. Because the drugs will get her if she stays on this road.”