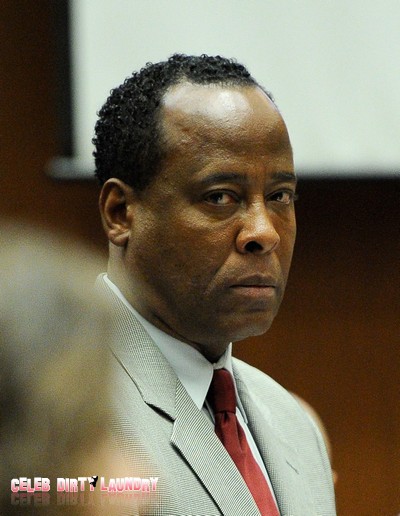 Not only is the Prosecution asking Judge Michael Pastor to sentence Dr Conrad Murray to the maximum 4 years in State Prison for the involuntary manslaughter of Michale Jackson but prosecutors are also asking Judge Pastor to order the doc to pay MJ’s children more than $100 million in compensation for losing their dad.

The prosecution is seeking the maximum prison time because Murray lied and attempted to cover up his crime and was “risking Mr. Jackson’s life every night” by administering Propofol. Additionally, the prosecution feels that Michael Jackson was a “particularly vulnerable victim.” They really don’t like Dr. Murray.

According to new court documents filed today by the Los Angeles District Attorneys’ office, Michale Jackson’s children are “entitled to wages or profits lost due to injury incurred by the victim.”

TMZ broke the news about compensation demanded for Michael Jackson’s children:  Prosecutors say MJ’s 3 children are victims under the law, and are entitled to restitution from Dr. Murray … which include wages, lost profits and funeral expenses. The D.A. cites a letter from the MJ Estate, estimating Michael would have made $100 million in revenue from the “This Is It” tour.

It’s clear that the prosecution in this case truly blames Dr. Murray for Michael’s death.  What is your opinion – did Dr. Murray’s actions coat Michael his life? I think they did.