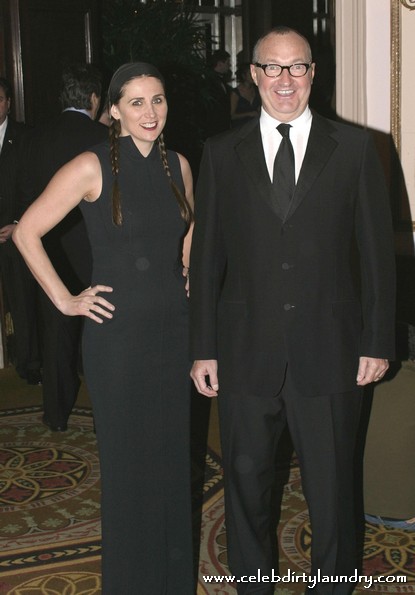 Randy and Evi Quaid premiered their insane crazy Star Wackers docu-drama in Vancouver Friday night, and then appeared live on stage for an equally bizarre Q & A session.

The film was introduced by Evi as “a work in progress and highly experimental with a lot of nudity.”  Consider that an understatement.

There’s a scene of Randy with a deer skull attached to his head with a seat belt. Randy, buck naked, down on all fours, eating grass.  Not marijuana but actual grass.  Naked Randy running through a field, wearing an open fur coat and flapping in the breeze, while reciting Shakespeare.

People thought they was going to see Randy and Evi offer evidence of their theory that celebs are being “wacked,” which is why they say they had to flee arrest warrants in Santa Barbara, Ca. and seek refugee status in Canada.

Well none of this evidence was forthcoming although Randy answered the question, did he really believe Heath Ledger was wacked.  There is a “definite possibility that he was murdered,” Randy said after a long pause, ignoring the fact that an autopsy concluded Ledger had died from an accidental overdose of his own prescription drugs.

Evi even took exception to the idea that anyone in the audience for a film called Star Wackers would expect to see anything about star wackers.

“It’s a hypersurreal aspect of what it is to be pursued,” she offered.

A mind might be a terrible thing to waste – but its an even worse thing to lose.