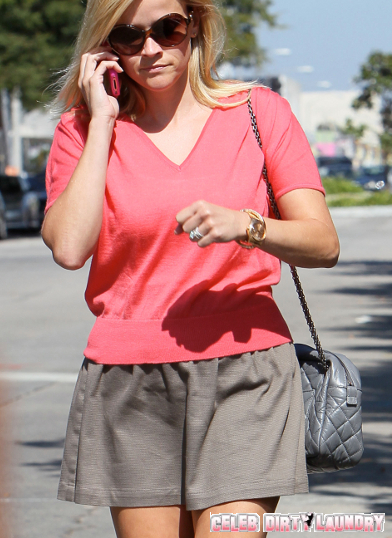 As we reported recently, Reese Witherspoon was hauled over the coals by PETA for wearing a python purse – now Reese has decided to bow to pressure and has given up the snakeskin bag.

The People for the Ethical Treatment of Animals (PETA) released a statement condemning her after the Oscar-winning star was seen carrying the Chloe bag, but she has now been persuaded to give it up, the group has revealed.

They said in a statement to Gossip Cop: “We’ve long known Reese to be a kind person, so we’re pleased – and not surprised – that she is hanging up her python bag for good. We hope Reese’s honest mistake will serve as a reminder for all of us to be extra-certain that what we’re buying is mock croc or fake snake.”

In addition, the group will be sending Reese – who was voted one of the world’s sexiest vegetarians by PETA in 2006 – a bunch of flowers.

Earlier this week, PETA revealed the way in which the skin is gained to create the bags. They said:

“No matter how much Reese paid for the bag, the animals paid a much higher price. Every year, millions of snakes are impaled on hooks or nailed to trees by their heads and skinned alive.  We can’t imagine that she’d wish to contribute to this hidden suffering, especially for something as frivolous as a fashion accessory.”

Does Reese love snakes, hate cruelty, or does she simply want to avoid any controversy . . . What do you think?

I am reminded here of Hillary Swank– who buddied up for money to the disgusting and brutal Chechnyan dictator, Ramzan Kadryov, at his birthday bash – but later disavowed her actions when she was rightly criticized for her mercenary behavior.