Reese Witherspoon Is In Sex Tape? 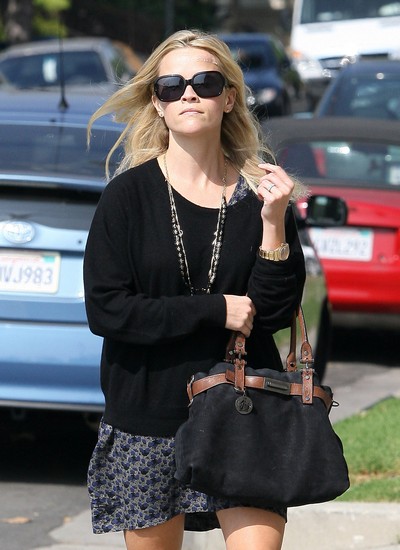 However, they run into trouble the next morning when they wake up to find that the tape has gone missing and the movie follows them as they begin a desperate search for it. Sounds like ‘Summer Vacation’ with the Griswalds.

Reese – who has made a name for herself in romantic comedies including ‘Legally Blonde’, ‘Sweet Home Alabama’ and ‘How Do You Know‘ – will return to her roots in new movie ‘Wish List.’

In the Disney film she will play a woman who, as a child, made 10 wishes in a well after throwing a coin in that becomes stuck and although her dreams do not come true when she is younger, the coin she threw in dislodges itself years later, causing all the childhood wishes to come true at once.

She will next hit cinemas in ‘This Means War’ alongside Chris Pine and Tom Hardy.