Report: A New Album Recorded By Amy Winehouse Before Her Death To Be Released 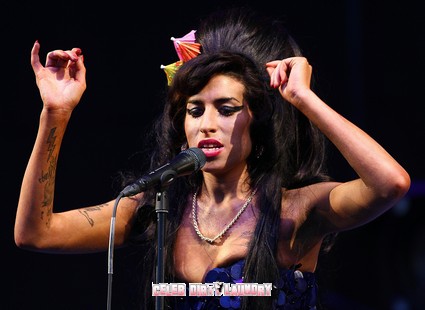 Amy Winehouse‘s third studio album could be released posthumously following reports that the singer left behind a considerable amount of new material.  According to a report from a spokesman close to Island Records’ mother company Universal,  Amy had put down the “framework” of a dozen new songs intended for her new record.

With Amy’s near-half-decade-old Grammy-winning sophomore LP, “Back to Black,” currently at No. 1 on iTunes and Amazon following her death, there are many in the music biz who see $$$$ when they consider a new Amy Winehouse release. The London singer has been recording new material for the past two years according to Daily Telegraph sources.

The spokesman for Universal noted that while Winehouse had not released any new material since ‘Back to Black’ in 2006, she had been recording intermittently for several years, adding, “Amy had expressed an interest in getting back into the studio, and after some consultation everyone thought that would be a positive thing and a distraction from the other things she was dealing with. She had put down the bare bones of tracks and some were further along than others”.

It is understood after Winehouse played the tracks to co-president of Island Records Darcus Beese that, “people were getting very excited, quite frankly they were really good. We heard rough cuts and they sounded like vintage Amy.”