Rihanna The Victim Of A Racist Attack 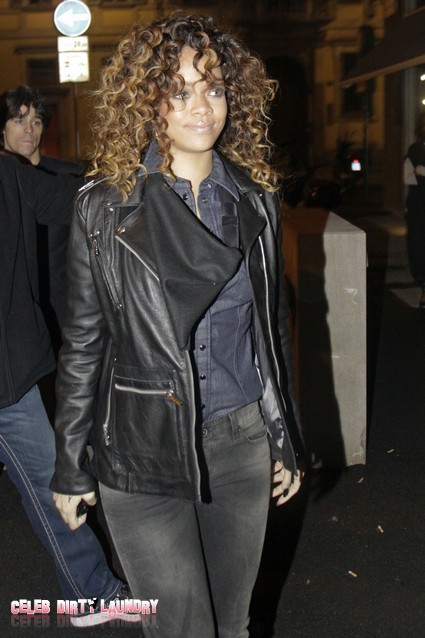 Rihanna complained bitterly about an offensive racist encounter she claims to have endured in her hotel in Lisbon, Portugal. Rihanna took to Twitter to express her outrage at being verbally abused by a man with an bad biased attitude towards black women.

Apart from calling the man ‘the most racist man ever’ she tweeted: “This man said the craziest s*** about black women, calling us dogs, sluts. We don’t look like s*** and we don’t belong in the same hotels.”  Stay tuned to Celeb Dirty Laundry as we follow up on this outrage.

This is not the first unpleasant encounter for Rihanna is Europe this year. She had a run in with an irate Irish farmer for running topless through his field during a video shoot in Northern Ireland.

Rihanna was dancing topless in the field of local farmer Alan Graham, who put a quick end to the bare-chested bombshell’s antics. Graham, 61, originally granted Rihanna and her team permission to shoot the “We Found Love” video on his land, but when she started to take her clothes off wearing a skimpy bandanna before going entirely topless he freaked out.

“I have an ethos and I felt it was inappropriate,” Graham told the BBC. “I requested them to stop and they did. I had my conversation with Rihanna and I hope she understands where I’m coming from.”

“I wish no ill will against Rihanna and her friends,” he added. “Perhaps they could acquaint themselves with a greater God.”