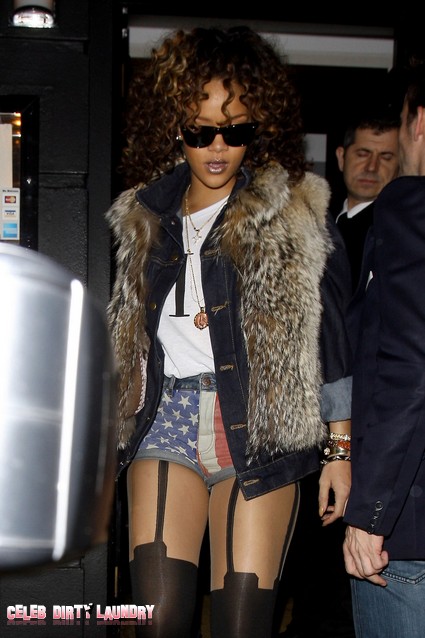 Rihanna has been hit by extreme racism twice this past week – first she was cursed out by a man in a Lisbon hotel as Celeb Dirty Laundry reported – and now the editor at the center of a racial slur scandal at the Dutch Jackie Magazine has been ousted from her job.

Rihanna was outraged to find herself referred to as a “n**ger b**ch” in the latest issue of Jackie Magazine and as a consequence the editor-in-chief, Eva Hoeke, was forced to resign.

Although Eva issued a public apology to Rihanna saying the writer “meant no harm” and tried to get off the hot seat by saying there was “no racist motive” and that the racist slander was “intended as a joke,” Rihanna was not buying it.

Rihanna took to Twitter:  “I hope u can read english, because your magazine is a poor representation of the evolution of human rights! I find you disrespectful, and rather desperate!! You ran out of legit, civilized information to print!”

“You put two words together, with the intent of abasement, that made no sense…’N**Ga B**CH’?!….Well with all respect, on behalf of my race, here are my two words for you…F**K You!!!”

A final statement by the moronic editor reads: “I regret that I have taken a stand too quickly regarding an article in Jackie – which moreover had no racial motive at its basis. Through the course of events, me and the publisher have concluded that because my credibility is now affected, it is better for all parties if I quit my function as editor-in-chief effective immediately. After putting my heart and soul into Jackie for eight years, I realize that these errors – although not intended maliciously – are enough reason for leaving.”

It is hard to believe that anyone could think that such language is not highly offensive… or in any way cute.