Rob Kardashian Signs On For ‘Dancing With The Stars’ 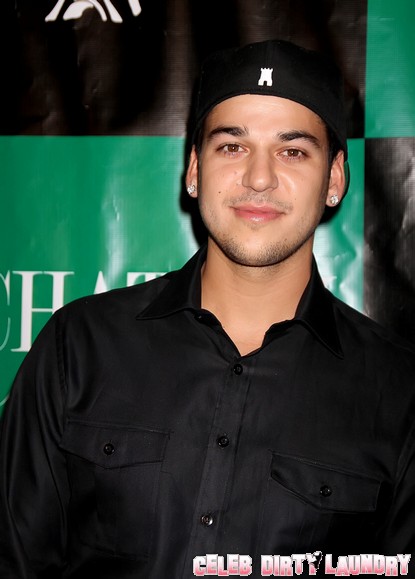 It’s been rumored that Kim, Kourtney and Khloe’s brother Rob Kardashian was gearing up to dance his butt off for the new season of Dancing With The Stars — and CelebDirtyLaundry.com has learned that the rumors are true!

Also reportedly joining the cast were Christina Milian and Snooki! — Even though the show issued a statement saying that they were on the hunt for higher caliber celebrities. ABC, you lied to us!

Sources have confirmed that Rob has signed on for the dancing competition. Despite the possible schedule conflict due to Kim’s huge wedding slated for August. We’ve heard that both sides have come to an agreement and it’s all been planned out ahead of time.

What do you think of Rob joining the show? Do you think he will do well? Kim already competed on the show in 2008, but was knocked out of the competition just three weeks into it. Anything for a dollar, right?