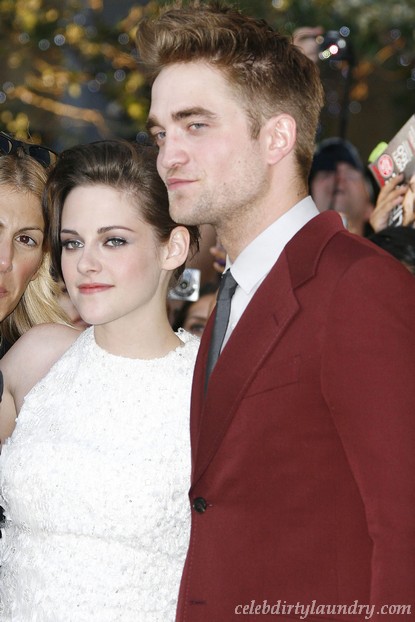 Robert Pattinson may be the topic of conversation in most celebrity circles, but he’s got one thing on his mind: real life girlfriend and Breaking Dawn co-star Kristen Stewart!

Rob did an interview with MTV for their new show, titled, MTV First: Robert Pattinson — and he had nothing but good words for the lovely lady in his life.

Apparently the video is from his days filming the first Twilightmi movie. He said, “Kristen’s the best actress of her generation, and that’s why I wanted to do this movie. I don’t know why she is, but she’s better than everyone else.”

Kristen also shared the love with Rob, saying, “I think he’s really handsome. His teeth are pretty sharp. It’s great, I like it.”