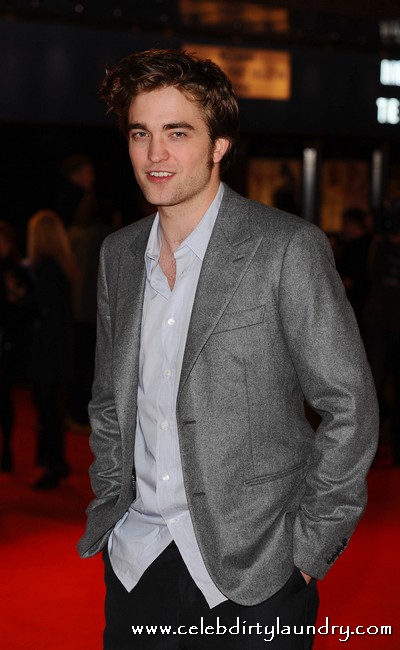 The actual filming of ‘Breaking Dawn’ is finally over and Robert Pattinson is reeling.  Now that the 24-year-old Pattinson and his cast mates, who include girlfriend Kristen Stewart, Taylor Lautner and Ashley Greene have completed filming the final scenes for ‘Breaking Dawn’, Pattinson has revealed it feels like he is going through a break-up; “It does feel like a break-up.  I do love the guy – and I’m going to miss him.  (Edward Cullen) I prefer to think of ending this franchise like leaving school.  It’s the last day of high school.”

However one thing the big-screen heartthrob is not going to miss are the contact lenses he had to wear to achieve his ‘undead’ eyes.  He admitted; “I’ll be very glad not to put those contacts in anymore or have to put on the sparkling make-up. But it’s been my whole life, the whole of my whole 20s.  And I wouldn’t have it any other way.”

‘Twilight Saga: Breaking Dawn’ has been split into two parts to deal with the complex storyline of Stephenie Meyer’s final book – and to maximize profits as well.  The first part will be released in November of this year and the second part in 2012.