Robert Pattinson & Kristen Stewart Admit To Adopting A Dog – But Will They Ever Admit to A Relationship? 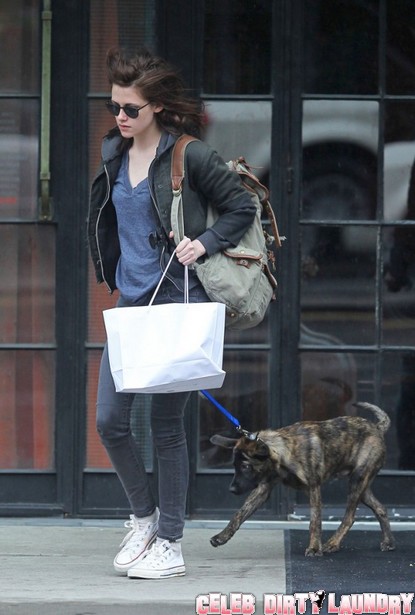 As I’ve known all along judging by the rumor mill circulating around Toronto, Robert Pattinson has finally confessed!  Sorry Twi-hards, but it’s not what you think.

We knew that Rob was a softie (have you heard him gush about Rosie, the elephant, his co-star in Water for Elephants?), and what better way to cement the relationship then getting a pet together.

“Thank God that Kristen was with me. So we just adopted one dog. A mutt. We called him Bear,” the 24-year-old actor said in a recent interview with a German newspaper.

We know Rob and Kristen are very, very private about their personal lives, but having a dog is tough to keep a secret. Let’s hope this new concession will provoke further revelations into their lives!  Oh, how I’d love to be a fly on the wall…