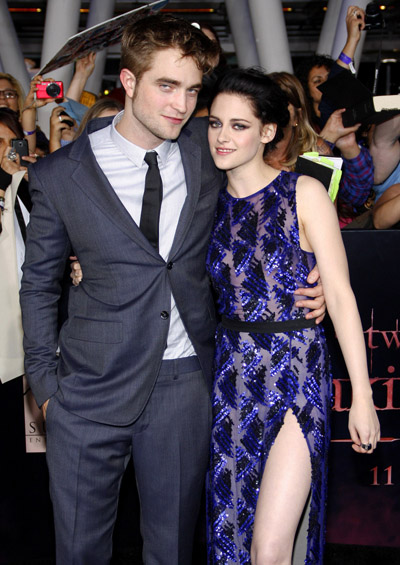 Many Twilight fangirls would probably think of dating Robert Pattinson as a gift in itself, but evidently Kristen Stewart deserves a little something under her Christmas tree!

As we previously reported, the couple is spending the holidays in Los Angeles and both of them have been spotted out, doing some present shopping. According to HollywoodLife.com, Robert stopped by a West Hollywood store called TINI this week with a friend:

“Rob stayed for a little over an hour picking out Christmas gifts for his girlfriend, Kristen Stewart,” said an eyewitness to the gossip website. “He ended up getting an oversized vintage letter R made out of metal ($115); an antique wooden radio ($395); a movie poster for the film I, A Woman ($75); and a vintage Hollywood (Regency-style) headboard for a kingsize bed ($285).”

“He kept asking his friend, ‘Do you think Kristen would like this?,'” added the source.

Meanwhile, Kristen was seen the same afternoon, browsing a guitar shop, presumably looking for something special for her guitar-playing boyfriend.

After they celebrate Christmas together and exchange gifts, the couple will reportedly ring in the New Year at the swanky Palihouse Hotel with several friends and a five-course meal.

Not too shabby, Robert and Kristen! It sounds like the couple has romance on their mind this holiday season.