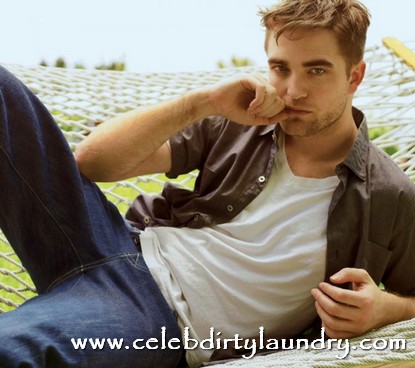 Robert about what attracted him to the role of Jacob Jankowski – The book by young novelist Sara Gruen, was an incredible success in the United States, and tha main story is set in a traveling circus in the 20’s.  With this role, I had the opportunity to leave the fantasy of Twilight , to live among the animals, touching real things.

Robert about his role models, his favorite actors in movies – James Dean who only made ??three movies. I like Giant with Elizabeth Taylor . But for me, the great icon of the 60s, is Marlon Brando, with this kind of rage internalized, this duality between masculinity and tenderness hidden. I’m also a fan of gangster films with James Cagney and Paul Newman, especially in Cool Hand Luke .  Among actresses, Isabelle Huppert, I love the golden age of Hollywood, Ava Gardner and Katharine Hepburn. Kristen Stewart, whom I admire has a bit of Katherine Hepburn in her.

For more of the interview visit Le Figaro