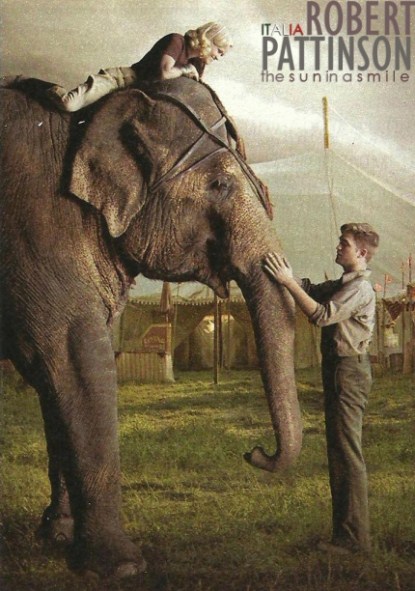 Do you get on well with girls?I grew up with two older sisters, and I have a great respect for women. I hate the lack of prudishness, I get bored when people are ostentatious of their body. Sex and feeling for me walk side-by-side.

Your rock side: people say you spend nights with your friends listening to Tom Waits, Van Morrison and the late Jeff Buckley.  Music is a key aspect of my life. I wish I could play a movie about Buckley, his voice, his songwriting gave me a lot. I’m interested in his creativity, in his existence, even in his death by drowning in 1997, in the Mississippi.

What kind of use do you do of Internet?  A practical use. My favourite movie last year was The Social Network and one day I’d like to work with David Fincher. Everything he does is interesting, and he got the best out of an actor I really admire, Jesse Eisenberg.

Mr. Pattinson, you’re an idol. Who’s yours?Jack Nicholson. He had a huge career and he always owned his characters. Whereas, in the end, for a lot of people, I am just Edward the vampire and in my life I’m just Robert. We share the same hairstyle. But when I read an entire article about my hair, I laugh my best British laugh.

By the way: what brought you from London to Hollywood?Difficult work perspectives. I didn’t have great experiences as an actor, I had posed rather awkwardly as a model; then, cinema. In Vanity Fair I was Reese’s son, while in this last movie I’m her lover.