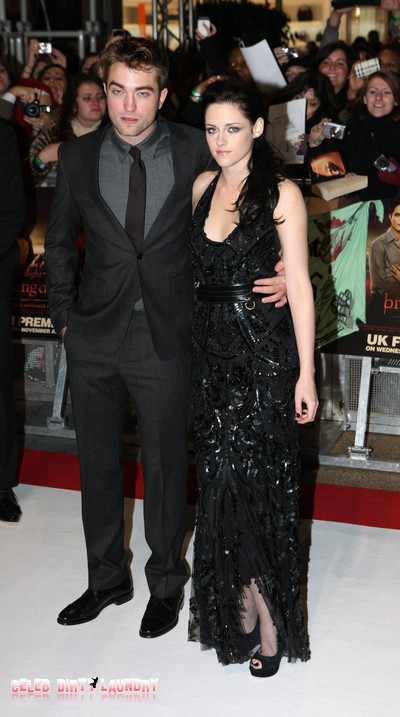 Robert Pattinson is a true hero – at least as long as the heroics remain in the planning stage.   Robert would “die” for love and that means he would die for Kristen Stewart. This is sort of funny because he was hiding like a total coward – totally afraid and running to save his own butt when a zebra charged during the filming of ‘Water For Elephants.’

To quote the self-proclaimed ‘pussy’ about the incident: “Zebras are impossible to tame,” he said. “One of them pulled away and ran towards me and I got out of the way. Afterwards everyone thought I was a pussy getting out of the way, and apparently Christoph Waltz had got in front of Reese and other actresses and protected them.”

Of course we can reconcile Rob’s cowardly behaviour on the set with his grandiose claims of potential heroics by citing the fact that he probably does NOT love Reese! I mean if he did love her then we could have expected Rob to defend her from the out-of-control zebra… ya right.

Robert has recently said he would be willing to lose his own life in order to protect those who mean the most to him.

He explained to Danmark Berlingske TV: “I think if you love anyone, you kind of feel like that. If you’re in love with anyone, I think the majority of people would say, ‘If I have to die for this person, I will.’ I mean, you don’t really love someone if you’re like, ‘No. Just let them die.'”

Talk is cheap Robert – so far you are batting 0 for 1 in the bravery department.

Do you think Robert Pattinson has Tiger Blood running through his veins?  Let us know in the comments below.