Rosie O’Donnell To Donald Trump: ‘You’re An Ass In Everyway’ 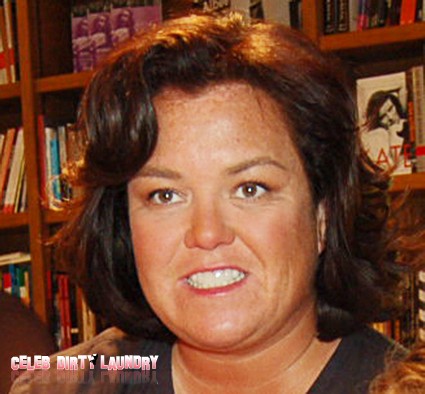 There is certainly no love lost between Rosie O’Donnell and Donald Trump.  This was made even more clear on Wednesday as the pair took to twitter to share their mutual dislike each lobbing angry tweets at the other.

Things got heated up again when Rosie appeared on Joy Behar’s HLN show last week and referred to the Donald as the evil Harry Potter character, Lord Boldemort while sounding off against his decision to moderate a GOP debate.

Donald fired back with a YouTube video of his own where he called O’Donnell’s show a “complete and total disaster.” The video was promptly tweeted out with the message “#trumpvslog Same last name, same bad ratings @lawrence and @rosie…..”

Incidentally, the @lawrence Donald that is referring to is Lawrence O’Donnell, the host of Last Word with Lawrence O’Donnell on MSNBC. Confusing right? Maybe it’s just the last name that really gets under Trump’s skin…I wonder how he feels about actor Chris O’Donnell…

A twitter battle ensued between the talk show host and the man who told Barbara Walters that he may still decide to run for president (yikes) on her annual Most Fascinating People special Wednesday night. Trump also had Barbara give his comb over a tug to prove that his coif is all his own.

Here are the Donald/O’Donnell insults, er highlights for your reading pleasure:

“@realDonaldTrump – only in your dreams Donny”

“@realDonaldTrump – how many billionaires sell ties and have crappy non reality shows –none- go back to selling snake oil – #bankruptmuch?”

“I feel sorry for Rosie’s new partner in love whose parents are devastated at the though of their daughter being with @Rosie – a true loser.”

“#badratings @Rosie you will never make it. You are not funny or talented.”

“Save your time @Rosie and focus on your horrible ratings, and don’t mention my name on talk shows any more or you will get more of the same.”