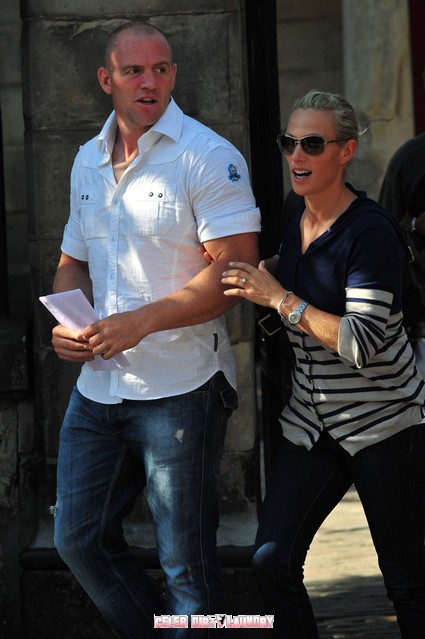 Zara Phillips, the Queen Elizabeth’s Grand-Daughter, and only daughter of Princess Anne, will marry England’s rugby star, Mike Tindall, this afternoon in Edinburgh.  Zara Phillips’ wedding will be the second Royal wedding of the year, follow that of her cousin, Prince William.

Although today’s wedding could never match the level of interest produced by the wedding of the heir to the throne, it has still generated interest across the world. The couple are both sporting stars: Zara is a top show-jumper, and is a former Eventing World Champion, winning BBC Sports Personality of the Year in 2006. Mike Tindall is the former Captain of the England Rugby Union team, and won the Rugby World Cup with England in 2003. The couple met during England’s victorious 2003 World Cup campaign in Australia.

The Duke and Duchess of Cambridge, Prince William and Kate Middleton, joined the couple last night for a pre-wedding champagne reception aboard the former Royal Yacht Britannia. Earlier in the day Tindall and Phillips shared a kiss outside Edinburgh’s historic Canongate Church at their wedding rehearsal. Tindall’s best man in fellow rugby star Iain Balshaw, and Phillips’ maid of honour will be her sister-in-law Autumn.

No doubt the press will be primarily focused on getting shots of Kate and William.