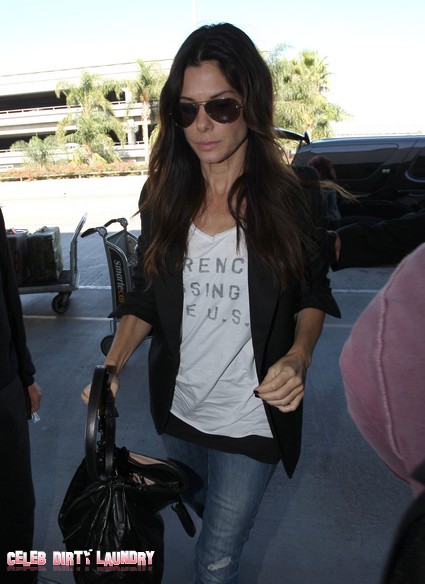 Sandra Bullock was up close and personal when Islamic terrorists murdered thousands of people and blew up the World Trade Center.  This is one reason that her new 9/11 movie has special significance for her.

Sandra stars in the movie-adaptation of the novel ‘Extremely Loud and Incredibly Close’ – which tells the story of a young boy whose father died in the terrorist attack in 2001 – and Sandra revealed she was near the twin towers when they fell.

She explained: “I was here on that day with my sister and brother-in-law. We were at a place and I got it because it had the view of the twin towers for my brother-in-law’s birthday, which is September 11, so, we saw the second plane hit, we saw the people, we saw it all. It was just one of those days that you saw New Yorkers being the amazing human beings that they are and everyone helping and bonding together.”

Although Sandra didn’t lose anyone directly in the tragedy, she was naturally affected by the terror attacks.

She told ‘Access Hollywood’: “It’s so hard to talk about. I didn’t lose someone directly, but I was there to experience other people’s loss. It’s not just an accident [or] something that happens, it was an intended action and that’s hard to understand.”

The film tells the tale of an intelligent nine year old who begins searching for a lock to match a key given to him by his father prior to his death in the attacks.

Sandra and Tom Hanks play the young boy’s parents in the movie.

Its a good thing that movies like this are being made – it is important that we do not forget the threat and terror of fundamentalist Islamic rage.