Saoirse Ronan The Next Kristen Stewart? 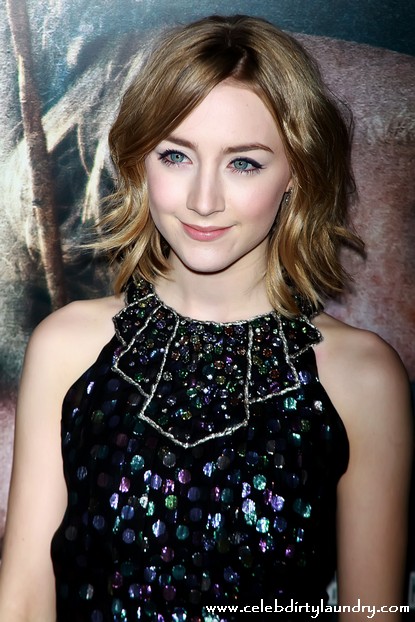 Author Stephenie Meyers hit it big after writing the highly popular vampire series ‘Twilight’. It created a whole phenomenon, with girls – young and old- falling hopelessly in love with the story and its characters. So when I found out that Meyers’ other novel, ‘The Host’ is being adapted to the big screen, my interest and curiosity was piqued.

Saoirse Ronan, best known for the films ‘Atonement’, ‘The Lovely Bones’, and ‘Hanna’, is set to play both lead roles; Melanie – a freedom fighter, and Wanderer – the parasite working to take over her body. The sci-fi romance is about parasitic aliens who take over earth. After Melanie’s mind has been taken over, she fights Wanda’s attempt to control her.   Am I grabbing you yet?

I personally read the book awhile back when my obsession for Twilight was at it’s highest. Although it didn’t entirely wow me, I can’t imagine what really would have with my mind so wrapped around vampires. The story line was good, but I found myself waiting for something big to happen. That being said, I’m interested to see how the book will be transformed onto the screen. I think Ronan is an amazing up and coming young starlet who has proven over and over again that she can handle anything thrown her way. Dubbed the next Kristen Stewart, I don’t think fans will be disappointed.   She’s got a very youthful, innocent appeal –with a soulful depth to her that sets her apart from other young actresses her age.

No other cast members have been announced, but I’m glad that Ronan is on board for this one!