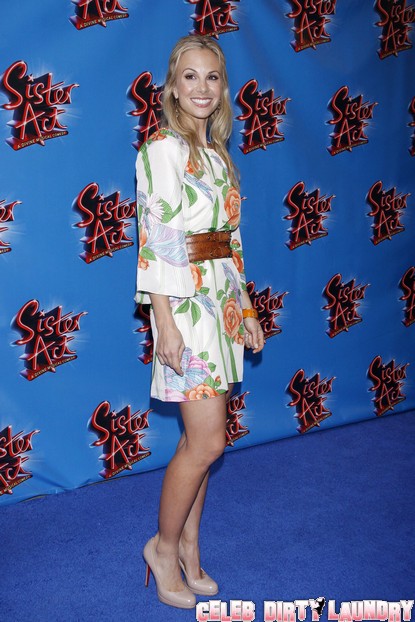 Elisabeth Hasselbeck was once Sarah Palin’s biggest supporter and fan but things have definitely changed. A close friend of the ‘View’ star reveals the two haven’t spoken in months.

“I think Elisabeth is a good friend. She remembers birthdays and even with a busy schedule always takes time to stay in touch with her girlfriends,” a friend said. “But Sarah has let her down. Elizabeth has reached out to her several times but she never responds.”

It’s gotten so upsetting to Elisabeth that, according to the source, “she has stopped trying all together and doesn’t care who knows.”

Elisabeth recently accused Sarah of “manipulating” the media to draw attention away from the more-serious Mitt Romney, and mocked her ex-friend’s bus tour as another attempt to dominate the headlines. Sarah’s decision to roll through New Hampshire on the day Mitt announced his run for the White House clearly annoyed the daytime star.

“If I had termites in my house, I’d get someone in there who could deal with it,” Hasselbeck said on ‘The View.’ “Mitt Romney, right now, his specialty is the economy. I’d have him in there. Here’s why we’re not hearing it: because Sarah Palin’s on a bus, and right now she’s manipulating, in terms of media attention.”

Before that, Elisabeth also condemned Sarah’s “crosshairs” imagery on a fundraising website, calling them “despicable” after Rep. Gabrielle Giffords, one of her ‘targets’ in the 2010 campaign, was shot during a voter meet-and-greet.

“Elisabeth feels used by Sarah,” an insider tells me. “When she needed her, she was all over Elisabeth and now she treats her like a stranger. It’s sad.”

As an entertainment/celebrity news blog we must try to remain apolitical. But whatever your politics might be, it is difficult not to notice that Sarah Palin is such a superstar primarily because of the disproportionate amount of media attention she receives. In terms of her ideas, principles, and substantive accomplishments its hard to see Sarah as meriting all this attention.