Serena Williams Ad Pulled For Being Too Racy 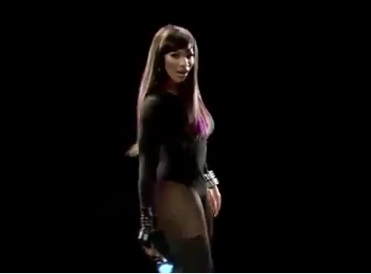 Current Wimbleton champion Serena Williams, 29, has had her smouldering ad Top Spin 4 tennis game pulled for being too racy.  The ad is considered to be too sexy for television viewers.  In the ad Serena who is playing a leather-clad hot brunette player is dressed in nothing but  a tight black leotard and stockings.

The girls moan and groan as they slug it out against one another in the steamy ad, with Serena reminding viewers: “You realise this is a fantasy, right?”

K Sports who produce the game, had decided against releasing the advert – but a version was posted on the internet and has subsequently become a viral success.