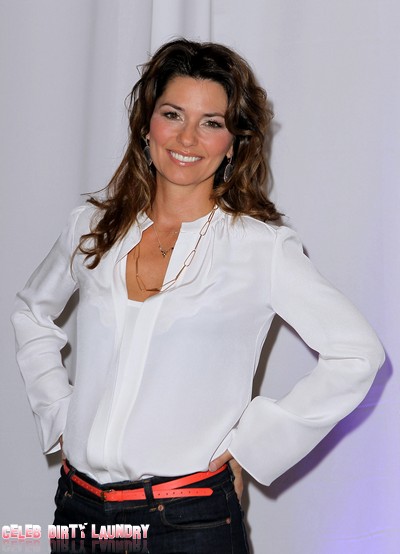 Shania Twain‘s stalker, Dr. Giovanni Palumbo, has been sentenced to three years probation. Watch out Shania!  Dr. Palumbo was also ordered by to stay half a kilometre away from the singer and her family by Judge Richard Schneider, who sentenced him to time served, meaning he can be released after being locked up for over seven months.

Dr. Palumbo interrupted Shania’s testimony at his trial in September to declare he would plead guilty to criminal harassment. He is now forbidden from having any contact, direct or indirect, from the singer under the terms of his probation and was told to continue having treatment.

Dr. Palumbo repeatedly interrupted the hearing and was seen muttering to himself, but was described as having “nothing to say” when given the chance to speak.  One interruption came when Dr. Helen Ward testified to declare a psychiatric review found Palumbo to be suffering from bipolar disorder and narcissistic personality disorder.

Dr. Palumbo shouted: “I’m not narcissistic, I agree you’re all superior to me.”

Dr. Palumbo was arrested in March after he was spotted in the crowd at an awards ceremony she was attending despite being forbidden from going within 500 yards of her.

Dr. Palumbo is out of his freaking mind and should not be free to walk the streets preying on Shania or anybody else.