Shannen Doherty Gets Married – And Films It For Her Reality Show! (Photo) 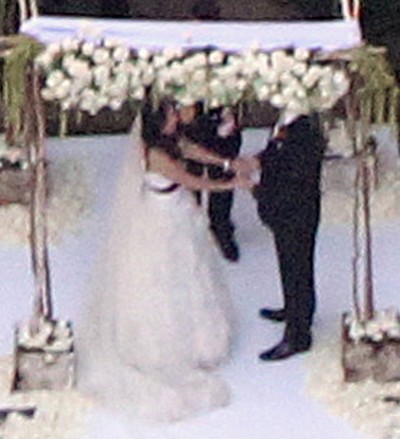 Do you think the term ‘three times a charm’ applies to Shannen Doherty and her most recent marriage to husband Kurt Iswarienko?  Here’s hoping!

Shannen, who is most known for her role as Brenda Walsh on the hit show Beverly Hills 90210, married her beau in Malibu this weekend.  This is her third marriage; her first being to Ashley Hamilton in the early 90’s, and the second to Rick Soloman (think Paris Hilton’s ex).

Kurt, a photographer, and Shannen walked over a pool to get to the altar while guests were seated on either side of the water.  If you want to see more than just pictures of the happy couple, have no fear – they filmed their magical day for their new show Shannen Says, which will premiere in 2012.  Yippee!

All I can say is this, the pair has been together since 2008, so fingers crossed this one will last.  I’ll give the show a go, just to see what Shannen really has to say.