BY Roberta Ferguson on May 19, 2011 | Comments: one comment
Related : Shauna Sand 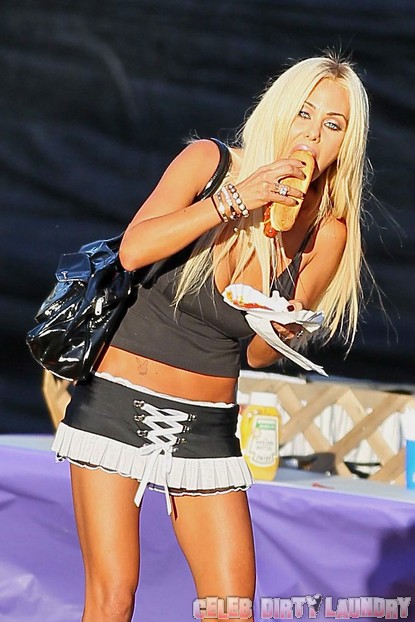 Big lipped queen of lucite heels Shauna Sand was arrested early this morning after neighbors noticed a fight breaking out in her home.

The cops in Beverly Hills were called to Shauna’s home right before midnight last night, after someone reported a fight. She was arrested on the charge of felony domestic violence after police noticed marks on her husband, Laurent Homburger. He didn’t walk away from the fight scott-free, either. Cops also booked him on a domestic violence charge!

She has since been bailed out, but he’s still sitting in jail. Perhaps she was melting and he argued with her that she was making a mess? Just speculation at this point.