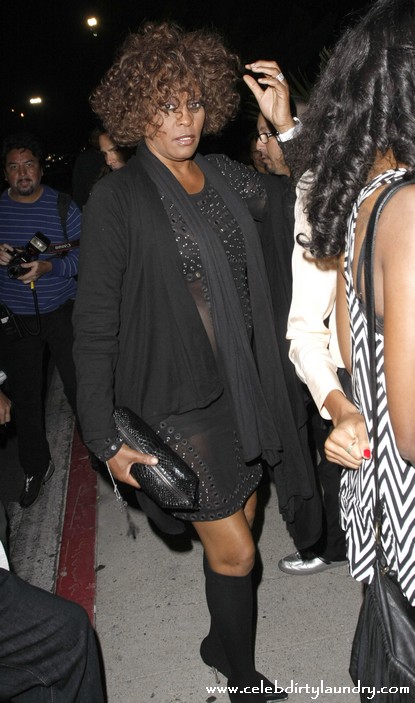 Whitney Houston has lost her special privileges like free tickets and has actually been barred form attending any more of Prince’s concerts.

Sources say that Prince’s people became so fed up with her erratic behavior and constant ticket demands that she is no longer allowed at his shows.

According to the Prince sources, Whitney attended several Prince concerts in the last few weeks and appeared to be “intoxicated” at each show even though the sources never saw Whitney drink alcohol or take drugs.

We’re told Whitney was constantly badgering Prince’s staff to let her up on the stage but Prince’s team shot her down every time because they “didn’t want her to embarrass herself.”

The sources say Whitney’s erratic behavior, coupled with repeated and excessive ticket demands became too much for Prince and his team ultimately banned Houston from his concerts.

Houston is currently receiving outpatient treatment for ongoing drug and alcohol problems. Perhaps she should try inpatient rehab for like an entire year?  After a miserable concert tour during which fans walked out of shows while Whitney was performing it became clear that she was mostly washed up. Now she seems to be intent on finishing the job.

Will Ralph Macchio Be Eliminated On Tonight’s Dancing With The Stars?