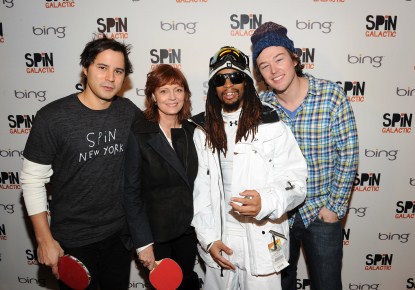 Bing, the decision engine from Microsoft, officially opened the doors of Bing Bar on Main St. in Park City. UT for the Sundance Film Festival.

The Sundance Film Festival is a film festival that takes place annually. It is the largest independent cinema festival in the United States.   Held in January in Park City, Salt Lake City, and Ogden, as well as at the Sundance Resort, the festival is the premier showcase for new work from American and international independent filmmakers.

During the day, Bing hosted The Bing Decision Maker Series with Susan Sarandon in which she reflected on her life’s key decisions. The event was moderated by Elvis Mitchell. After the event, Susan kicked off Bing’s daily SPiN Happy Hour by hitting some rounds with rapper Lil’ Jon.