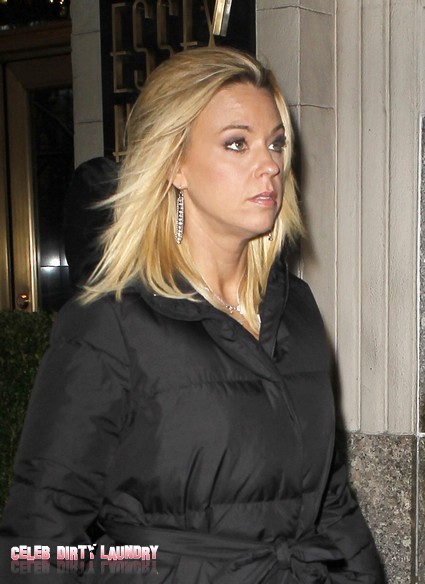 If Kate Gosselin can take time away from clipping her coupons on her TV job then she should find that she has a new admirer – Whitehouse gate crashed Tareq Salahi. Tareq apparently has NOT learned a thing from his last relationship – as he hops right from the fat into the frying pan!

According to Access Hollywood Live’s Kit Hoover, the recently-single Tareq Salahi, formerly of Bravo’s “Real Housewives of D.C.,” has a crush on Kate Gosselin.

“Tareq Salahi e-mailed me personally,” Hoover revealed on Thursday’s show. “He wants to be set up with Kate Gosselin.”

Hoover explained that Salahi is interested in the former TLC “Kate Plus 8” star, who appeared on Access Hollywood Live on Tuesday.  “He said, ‘Is she really single?’ ” Hoover recounted.

And Hoover had a promise for Salahi, who is currently embroiled in a divorce with estranged wife Michaele, who left him in a very public way for Journey’s Neal Schon.  “Tareq, I’m totally on it,” Hoover said of trying to set him up with Gosselin.

Kate will be the ‘face’ of CouponCabin.com where she will help flog coupons on their blog. Her first blog post about holiday shopping and is great: “No matter how much money you have, it’s just smart to use coupons, It’s like free money in your pocket.”

Kate and Tareq should make a perfect match since the two of them are snakes – apologies to the snake race!