Taylor Swift and Zac Efron to Co-star in New Movie 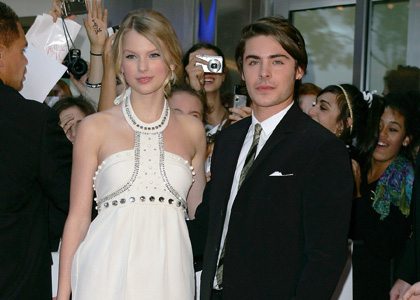 It has recently been announced that country music star sensation Taylor Swift will be starring in the new Dr. Suess movie “The Lorax”.   With Swift coming off of a strikeout at the Grammy’s, she may be out to prove music isn’t her only strongpoint.   After winning over more fans for her debut in “Valentine’s Day”, she may be looking to become the next great actress/singer.

Swift will be playing Audrey. The interesting part is that her character is the object of character Ted’s affection.   Ted will be played by none other than recently single Zac Efron.

With Zac already spotted out on the town with new girls, we can see he is ready to move on from his long-time relationship with High School Musical costar Vanessa Hudgens.   So do we see a new budding Hollywood romance in the future?   What do Efron/Swift fans think of this?