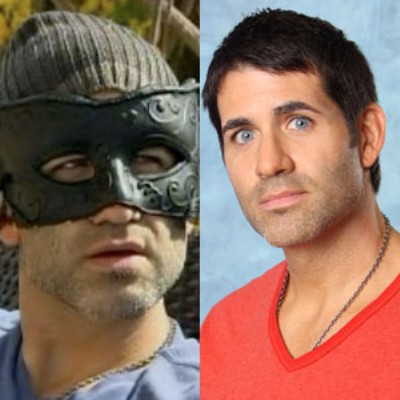 On to your recap by Rosie from Fit Fab Celeb, for the full story:

Ashley takes Ben C. to a private dance studio where she attempts to teach him a few quick dance steps. Ben C. manages to keep up, but that afternoon she takes him to an open air mall. As the couple practice their dance moves right there in public, hundreds of strangers

join in behind them in a very large flash mob. Far East Movement, whose music was played for the flash mob dance, appears live to give the couple and onlookers a special concert. Later, at dinner, Ashley admits to Ben C. that she is afraid that not all the men are there for her. But, she obviously thinks Ben C. is there for the right reasons, he walks away with a rose.
When Ashley arrives at the mansion to pick up 10 men for a group date, Masked Crusader Jeff decides the time has come to finally reveal his face. Blah, blah, blah – who cares?

At the Comedy Store, roast master general Jeffrey Ross explains to the 10 men that they will participate in a roast of Ashley, in front of a packed house. Some of the men feel bad making jokes at Ashley’s expense, but William decides to go for it with horrible results that brings Ashley to tears and she falls into Bentley’s arms for comfort.

After the Comedy Store, Ashley tells the men that some of them stepped over the line with their mean and hurtful jokes. William, who is very apologetic, can only find one way to make amends and makes a dash to the exit. Meanwhile, Ryan P. gets the rose for the group date.

Here comes the BIG ONE, Bentley delivers blow to Ashley – he’s leaving the show because he misses his daughter. Ok, so how many of you believe that? Now, Ashley is crushed by the news…. but I hear he comes back later in the season just to mess with her one more time.

After all this emotional turmoil, Ashley holds it together to have a relaxing dinner with J.P. and he gets a rose.

Ashley is distraught with all of the stress from the past week and decides to cancel the cocktail party.