BY Rylee Nelsen on May 5, 2011 | Comments: Leave Comments
Related : Jenny Conlee, The Decemberists 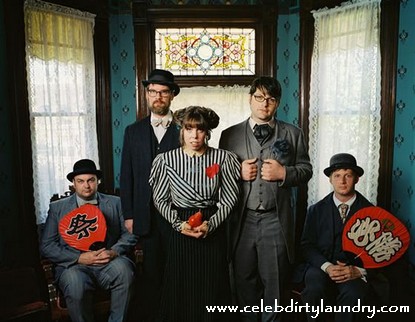 The Decemberists, the rock band who is responsible for the theme behind the show Weeds and numorous well-known songs, is going to momentarily be down a member. The band has announced on their website that Jenny Conlee has recently been diagnosed with breast cancer. Conlee serves as the band’s accordion and keyboard player.   She will be taking time off to receive treatment.

But don’t worry Decemberist fans. The future is bright for Conlee and the rest of the band. Even though Conlee will be missing all nine of the concerts slated for May and June, her recovery is promising.

“The good news is that Jenny caught it early,” said the band’s leader, Colin Meloy, along with “the prognosis is very, very good for a full recovery.” Conlee said, “To be making music with everyone and seeing the fans has helped me to feel more positive and keep my mind off of my diagnosis. But, alas, as the tour winds down, it is time for me to get back to reality. I will try to get into surgery as soon as I can after we return from this leg of the tour so I can begin my recovery.”

Even though the musician has some rough times ahead with her treatments and chemo, she has put on a smile for fans, saying, “There are still a few unknowns out there concerning my cancer, but I am thinking positive and hope to be back on the road soon. Thanks for all of your support! See you soon!”

Good luck to Jenny Conlee as she prepares for her operations ahead!