The Royals & Their Outlandish Hats Attend The Royal Ascot – Photos 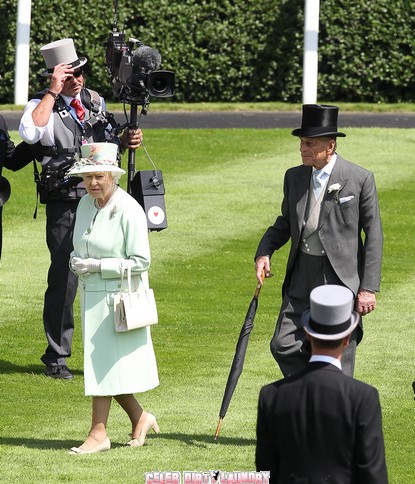 Queen Elizabeth, Prince Andrew, Prince Charles, Camilla Parker Bowles, Princess Beatrice, Princess Eugenie and their crazy hats attended the opening day of Royal Ascot at Ascot Racecourse on June 14, 2011 in Ascot, United Kingdom.  There are few sporting venues that can match the rich heritage and history of Ascot Racecourse.   For almost 250 years, Royal Ascot has established itself as a national institution and the centrepiece of the British social calendar as well as being the ultimate stage for the best racehorses in the world.

Racegoers applauded the Queen as she waved to the crowds, entering the parade ground in a traditional horse drawn royal carriage procession.  Her hate was made by Angela Kelly her matching wool coat and pink and green printed ivory silk satin dress was by Karl Ludwig.

Tradition, pageantry, fashion and style all meet in a glorious setting at one of the most beautiful racecourses in the country.  Some of the most outlandish hats are seen at the event and we have some of the pictures below for your enjoyment.

Click on the thumbnails below to enlarge 30+ more photos