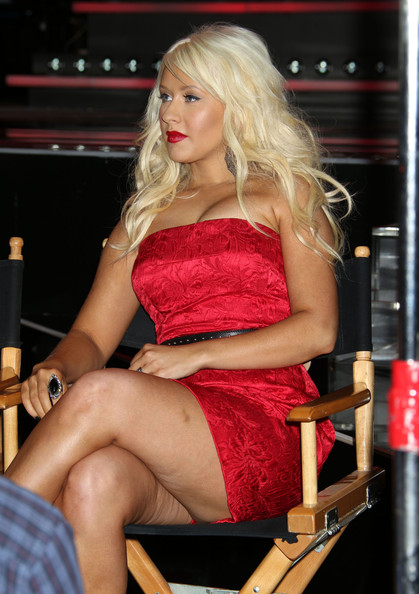 Christina Aguilera signed to be a part of the John de Mol created singing competition The Voice which debuted on NBC in April 2011. Christina, alongside other musicians Adam Levine, Blake Shelton and Cee Lo Green serve as judges and coaches, with Carson Daly as the show’s host.

X17 is reporting exclusively that the producers of ‘The Voice’ are planning to fire Christina who made $225,000 an episode in the debut season.  Christina has signed on for the second season but they have no intention of bringing her back the third season.

X17 further reports: “She doesn’t spend time with her contestants like she’s supposed to. She doesn’t participate. She spends most of her time on the set with her boyfriend.”

In June rumors were circulating that there were problems between Christina and Maroon 5 frontman Adam Levine on the set of “The Voice.” Christina who got the higher paycheck  rubbed Adam and Blake Shelton the wrong way with her diva,  media whore antics and they have ganged up against her.

So you never know!  No confirmation yet from The Voice or Christina’s rep.